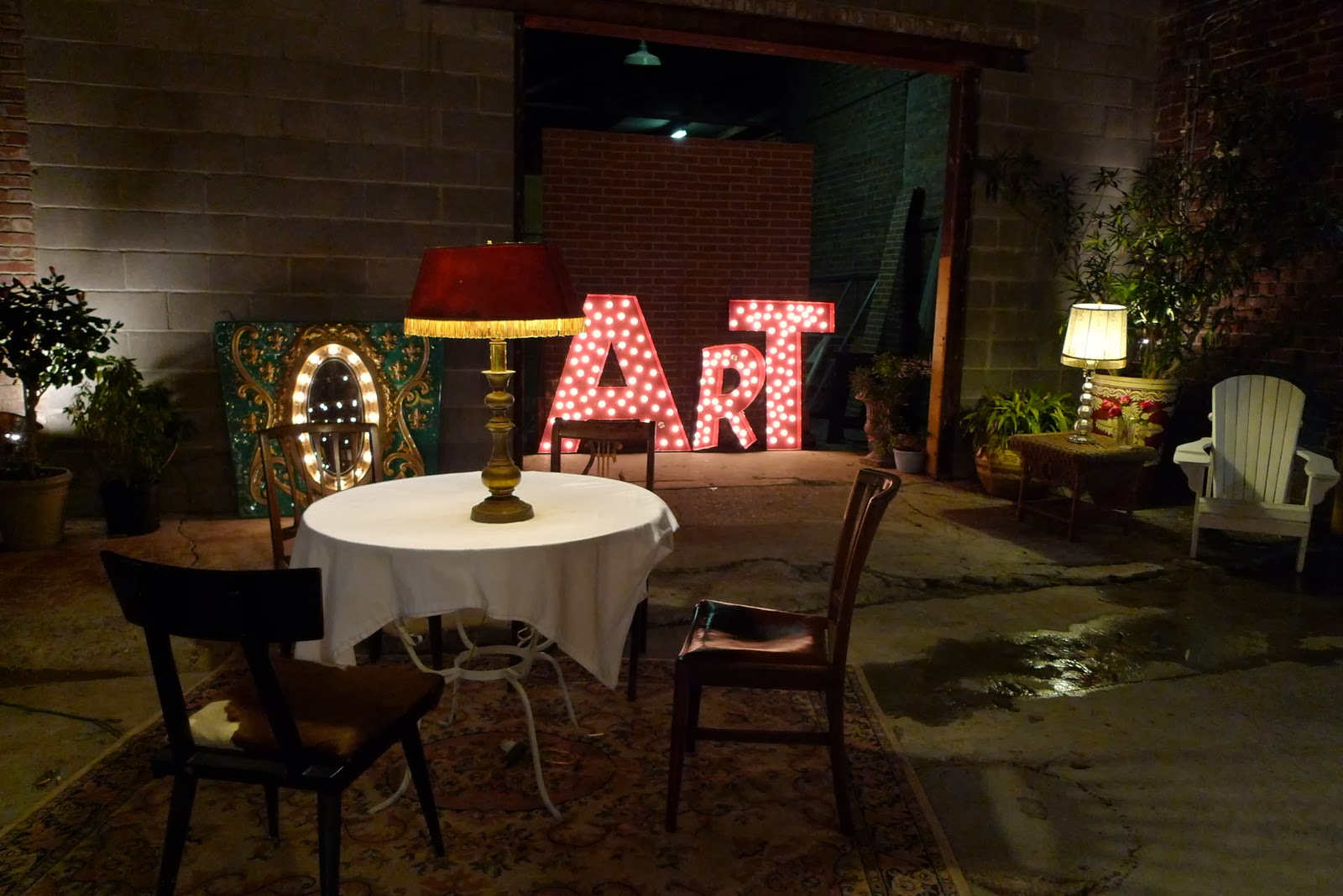 
You have a lot of options both inside and outside of the city. Within the city, visiting the French Quarter would be an obvious choice. You can explore on your own, do a self-guided walking tour, or take any one of a number of guided tours. Haunted tours, historical tours, cocktail tours, voodoo tours - you name it, it's available. Further out is the Garden District, which is easy enough to visit on your own (and a fun ride on the streetcar trolley) or to visit as part of a tour. This area has a lot of nice older homes, an easily accessible cemetery (yep, cemetery tours are also available), and a number of interesting nearby shops. You can also go on tours which take you into a Mardi Gras workshop. Outside of town, if you haven't been into swampland before and want to see some alligators, there are a number of swamp tours that will pick you up in the city and take you out for a day. If it's your first visit, I'd probably try to cover the French Quarter, a Mardi Gras workshop, and voodoo (it's pretty easy to find a tour that combines all three - that's what we did when I first visited as a kid). If you've been before, maybe check out the Algiers Ferry for a free ride across the river.

Getting around:
The streetcar trolley is handy if you're just sticking to the main tourist areas but in general you're looking at either walking around or taking a cab. Keep the number of a cab company handy if you're going to an unfamiliar area so that you can call one to pick you up if necessary.

Where to stay:
We stayed at the Marriott on Canal, between Decatur and Chartres, which was quite a good location. You're at the edge of the French Quarter so have easy access to the chaos without actually being in it. For atmosphere, you'll want to look for a place that's actually inside the French Quarter itself, or maybe someplace out in the Garden District, which would be quieter.

Eating and drinking:
Cafe du Monde or Cafe Beignet - You want a beignet. It's fried dough covered in powdered sugar. Don't wear black and don't put anything down on the tables (sticky). You might also want to check out New Orleans chicory coffee.

Cochon Butcher - Really good sandwiches. If you want to try a muffaletta, I can't imagine that other places could outdo what's being served here. I didn't have a chance to try Cochon, the attached sister restaurant, but have heard good things about it.

Galatoire's (Friday lunch) - I didn't go but this sounds pretty ridiculous and therefore fun. Google it, I don't really know how to explain. It's like, a weird posh lunch with locals.

Hansen's - You want a sno-ball, especially when it's hot. I asked a woman in a shop where to get a sno-ball because it was ridiculously hot out and she pointed me to Hansen's. I stood in line, got the 2nd smallest cup, ate my sno-ball, got back in line and got a small cup. The owners are incredibly nice and noted that I am certainly not the first to get multiple sno-balls. These are like, the best sno-cones ever. There are other good sno-ball places around town, this just happened to be the one that I was happily pointed to.

Bacchanal - Hop a cab, it's a bit out of the way in relation to where you'd likely be as a tourist. This place is awesome! Step in and it appears to be a little wine shop - order some wine and/or cheese if you feel like it, then step out into the massive back patio with your wine/cheese to grab a table and listen to some music (dixieland jazz when we went). Feel like eating more? Head to the walk-up window on the side to order from a ridiculously good menu with your dishes brought out to your patio table. Not feeling the wine? Head upstairs to grab a tasty concoction from the cocktail bar. There need to be more places in this world like Bacchanal. Seriously.

Some other restaurants I've heard good things about: SoBou, Sylvain, Commanders Palace. Mr. B's had a good brunch too. Basically, there's a ton of good food in New Orleans. Po'boys are readily available, as are things like jambalaya, gumbo, miscellaneous crawfish dishes, and soul food. However, the downside of all this is that I find food to be pretty heavy in New Orleans so you may not actually get to eat as much as you plan to. It's ok, you can skip a meal and grab a drink instead. As the birthplace of the cocktail, you owe it to yourself to destroy your liver at least a little during your visit.

Sazerac Bar - Order a Ramos Gin Fizz! This is by far the best rendition I've ever had (normally I don't even like this). It's sort of like drinking an orange julius. The bar is posh and old-timey (as is the hotel it's in). We went early on a Thursday night and the place was basically empty, which was perfect.

Carousel Bar - If you're lucky, you get to sit at a revolving bar! Most people will not be lucky because this place seemed to always be crowded. Not a bad place to get a sazerac if you want to try one.

Dickie Brennan's - Frozen Bourbon Milk Punch! Wandered into this place randomly and chose this drink randomly. It's sort of like an alcoholic frappucino. Bourbon milk punch isn't a bad cocktail order to keep in mind for New Orleans, it's a pretty mellow drink.

Party time!
Bourbon Street - It's pretty gross but you're probably going to wind up here at some point. Just remember to drink water at some point.

Frenchmen Street - Live music everywhere, super-busy and popular but without the raging insanity of Bourbon Street. The photo above was taken at an evening street market on Frenchmen. You're likely going to need a cab to/from here.

Vaughan's - Definitely more of a lower-key, local vibe. It's around the corner (walkable) from Bacchanal so best bet is to do a 2-for-1 and hit both places on the same night since you're most likely hopping a cab out to Treme.
Posted by Tess at 12:52 PM No comments: 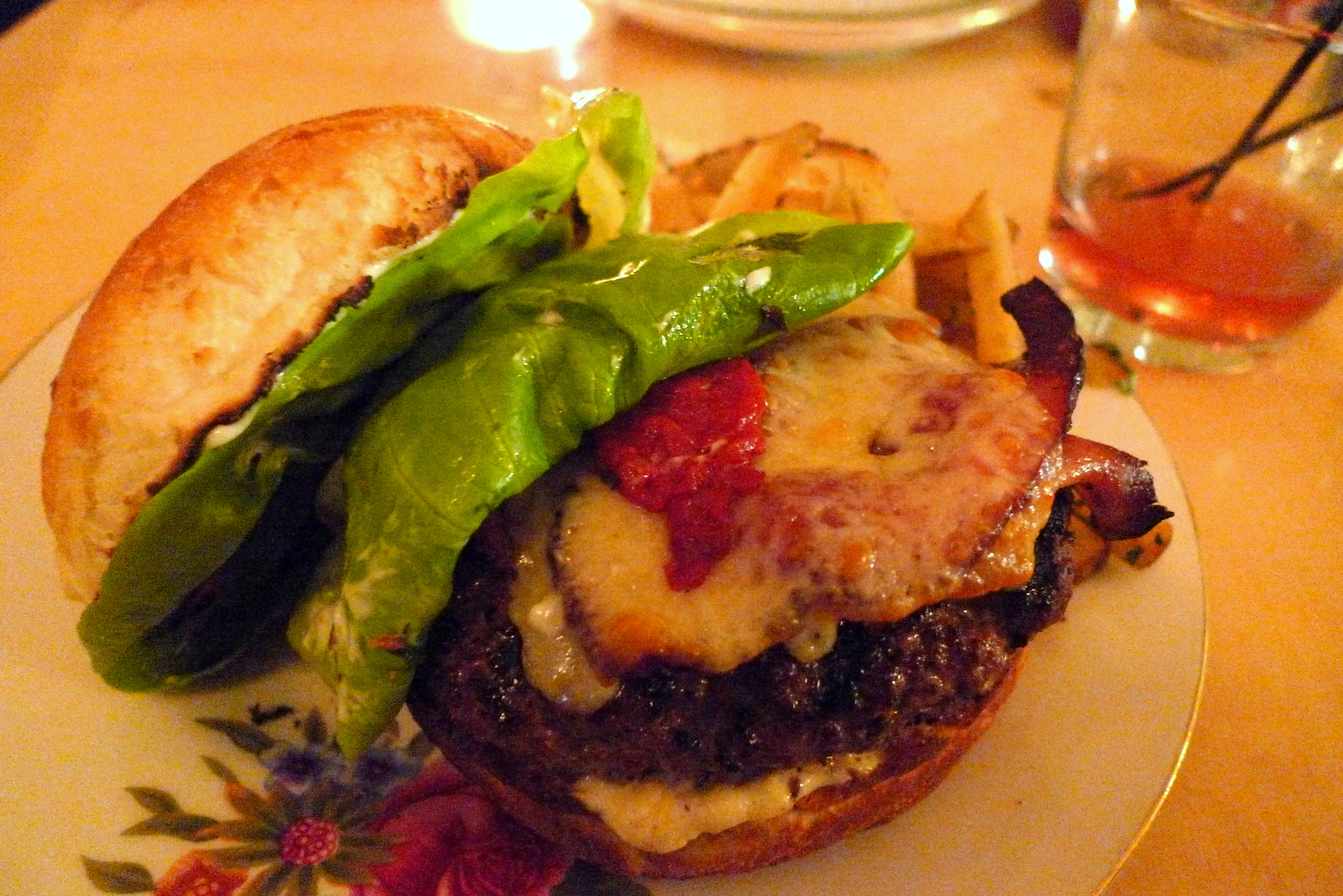 I like all burgers, really. Chicken burger, shrimp burger, whatever, it's all good. Sandwiches can be fun to make and easy to eat. But let's face it, when we think "burger", most of us are thinking hamburgers. And above all, I love hamburgers. I don't think that one hamburger is massively better than any other hamburger though. I'm happy if I'm eating a good burger. Give me a different burger on a different day and I'm pretty much going to be equally happy. So I'm unlikely to make much effort for "THE BEST BURGER EVER" because there isn't really a big difference for me. Happily, I live within a 5 minute walk of .... 7 burger places? Let's discuss further.
McDonald's - Sometimes I feel like eating the little kid's meal burger. It happens.
Hero Burger - OMG this place sucked so much. I went years ago when it was all hyped up and was amazed by how much I paid for a crappy burger.
A&W - I like A&W because I both root beer and burgers make me happy.
White Squirrel Cafe - This was ok. I actually like the littler burgers, this is the kind with a thicker patty, which I sometimes find a bit difficult to eat. The toppings were ok too.
Sense Appeal - I really liked this burger! They'll cook to your desired doneness. Thicker patty, on the smaller side, which is fine with me. Burgers here are cheap too, $6 for a basic one.
Big Smoke Burger - I like their cheeseburgers ok. Their burgers are kind of the size I like. It's easier to eat when they're flatter. Not sure if it's as good as it used to be; I got a burger from the Eaton Centre location and it wasn't as good as what I used to get from the King/Spadina location.
Burger's Priest - I don't like Burger's Priest very much. I think you're supposed to get one of their crazy burgers with all the stuff on it but I like my burgers to be pretty simple. I got a bacon cheeseburger here and it was kind of bland, which weirded me out. How can a bacon cheeseburger be bland?
Other burger places I've been to:
Gabardine - See photo above; this burger was pretty good. I liked how they used bibb lettuce.
Harbord Room - This was a good burger, I remember thinking I liked the Harbord Room burger more than the Gabardine burger.
Richmond Station - Small but so tasty; I like this burger quite a lot. I like their fries too.
Jules - This burger is a little weird, the bun wasn't a normal burger bun. I only got the burger once because I really like their club sandwich and quiches.
Queen and Beaver - I remember thinking this was underwhelming for the price.
Bymark - I'm not sure if I had THE Bymark burger or not? I was here for a lunch seminar and got a burger. It was ok. It had blue cheese I think, which I don't like.
Burger King - I haven't had a Whopper for years but if it was where McDonald's is, I would go sporadically.
Richmond Rogue - They topped their burger with a fried egg, bonus!
White Castle - I like this because I like small burgers.
Shake Shack - This is probably my favourite burger now. I had the Smokeshack and not only was it the size of burger I like, it was filled with toppings I like, plus the bun was soft but didn't get all soggy. Their fries were good too (surprising because crinkle cut kind of bothers me).
Posted by Tess at 8:38 PM No comments: