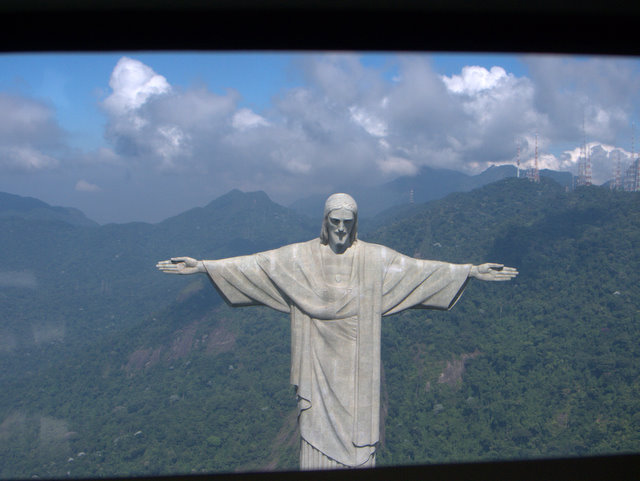 You can eat at "por kilo" places - choose, weigh, pay, eat.  And you can eat at rodizios - all you can eat meat or all you can eat sushi.  Or you can eat at small places that serve a variety of dishes on the menu.  WARNING - after a while in Brazil, I noticed that a lot of dishes are meant to be shared.  So like, you might pick something from a menu and it's a giant plate of fish nuggests.  Knowing Portuguese will help you avoid this.

YOU MUST EAT ACAI.  Acai is everywhere.  But you must pick the frozen acai.  And then select delicious toppings such as granola or bananas for it.  And if you see a street vendor selling it, go up and just nod to all the toppings.  I miss acai.  Eat as much of it as you can before leaving the country.

Love the nightlife? Got to boogie?
Be prepared to stay up late.  Like, until dawn.  I went to the Carnival winners parade and it started at 9pm and went until 6am.  Pretty much what you'd expect, people eat late and go out even later.  Google is your friend for event listings but you can also find flyers and booklets while you're there.  Samba is amazing, go find a good club and park yourself in there one night.  There are other options too, but I'm not sure what because we pretty much just kept going to samba clubs (well and it was right after Carnival so there was Carnival stuff too).
Safety
It comes up as a big issue when reading guidebooks and stuff about Brazil, but we didn't have any issues.  As mentioned before, I found that people actually went out of their way to help us get to our destinations safely.  Just use some common sense and you should be fine.  We didn't have an SLR, so that's the only thing you might want to be careful of since they're kind of gigantic and obvious.  I think maybe someone tried to pickpocket my friend once in the metro, but I don't remember if that was in Rio or Sao Paulo.  He didn't lose anything.  I was with a friend half the time and spent the last few days by myself, no issues either way.
Language
Learn some Portuguese (I mean really, I would argue that it's a bit rude going to any place if you don't learn to at least say hello and thank you).  Spanish can help you squeak by.  If you're only in town a week or less you should be fine even with mostly English since you'll likely be in well-touristed areas.  Rio is really big.
Posted by Tess at 1:02 AM