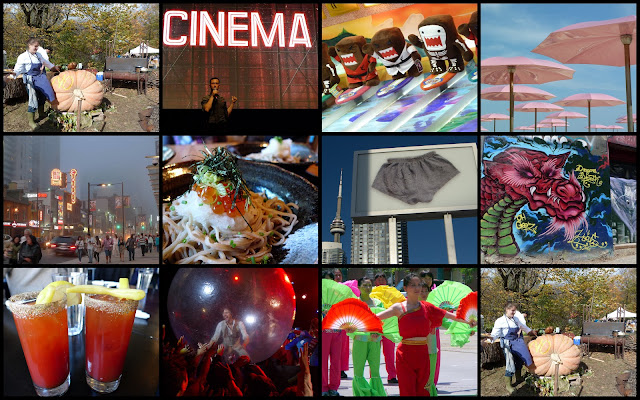 Let's get this out of the way first - Toronto doesn't have the best of anything in particular. Pick any random thing and you can probably easily find some other city that has a better version of that thing. But we have a little bit of everything and chances are it's all close to where you live. Consider:
When I travel, I wind up slipping into semi-residential life for the place I'm visiting and I've found that Toronto holds up pretty well in comparison. The key here is ease of living. I'm not sure we have "world class" anything (although National Geographic would beg to differ) but I'd rather have a decent version of everything than have two world class things and a pile of crap. For "world class" whatever, I'll just travel to the source - but for daily life I want as many conveniences as close as possible and for that, I haven't found any place with easier living than Toronto.
IF CITIES WERE CLOTHES, TORONTO WOULD BE YOUR PYJAMAS!
Posted by Tess at 9:01 PM